The Cambridge Companion to Literature on Screen
Deborah Cartmell

Why I Write
George Orwell 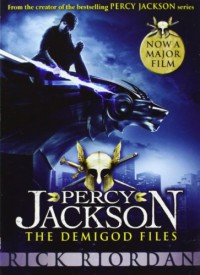 Gave this 3 stars for several reasons.

1. Full price book. And it's so small and most of this stuff (not the novellas) have been in the back of my PJO books.
2. For novellas in the middle of a series, this was highly... basic. Like there was a lot of things that's explained over and over again in the series. Do not need to describe and discuss it again in the novellas. Yes, Perce. We know you can control the water. That's why we're reading this.
3. Not very good narrative compared to the rest of the books in the series. Very basic and with little use of "colouring" words.

4. Liked being back in Percy's world, if only for a moment
5. I needed some more personality from Nico in the last one.
Tweet 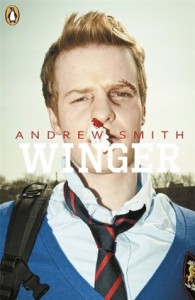 Review up on my blog tomorrow, but here are some initial thoughts:

1. NOPE
2. NOPEEEEEE
3. WHAT HOW WHAT WHY
4. TOTES MA GOATS CONVINCED FOR THE FIRST 100 PAGES THAT CHAS WAS IN LOVE WITH RYAN DEAN
5. JOEYYYY WHAT THE FUCK
6. Also. Totes disappointed in there not being a Ryan Dean/Joey Romance.
7. WHY DO THE GOOD DIE YOUNG IN BOOKS???
8. Did not expect this.
9. What. Why.
10. Read it in like five hours. Real easy read. Likeable characters.
Tweet 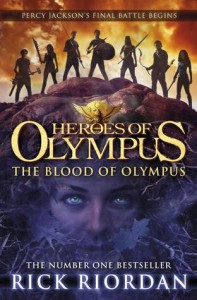 PERFECT ENDING TO A PERFECT SERIES. Not going to write a whole lot, as I'm planning a compilation-type post for my blog, but summed up:

1) NICO YOU PERFECT PERFECT BOY
2) Leo. You are amazing.
3) I felt a certain lack of the PJ point of view, but oh well.
Tweet

The House of Hades (Heroes of Olympus Book 4)

Seriously, is this like the big book of heartbreak? Might as well be called The One Where Everyone Is Heartbroken and Everything Sucks

1. NICOOO POOOR BABY
2. LEOOOO BABYYY
3. Hazel kicks some serious daughter-of-Pluto-ass
4. Percy and Annabeth! WHAT
5. I remember all the hype when this came out, and now I get why. Easily the best in the series, with major action happening almost all the time.
6. Jason is strangely quiet throughout the book. What
7. NICOOOOO <3<br/>8. I'm going to stop now. I have a lot of feels, but not exactly comprehensive thoughts.
Tweet

The Mark of Athena (Heroes of Olympus, #3) 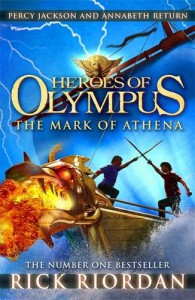 I'm flying through these books like there's no tomorrow! It was so interesting to see the seven of them together, and to see how they work together now they're all in the same place. Thoughts:

1. Do I smell love triangle? Please don't.
2. Jason and Percy are amazing, and their little jealousy is so adorable.
3. I feel like the whole concept should start to get a little repetitive, but it doesn't. I love this series soo much.
4. I want to know more about Jason pre-the lost hero. Could we get like a short story?
5. ALL THIS PAST AND PRESENT STUFF IS MAKING ME DIZZY.
6. PERCABETH.
7. I honestly ship Leo and Hazel so much more than Hazel and Frank tbh.
8. Poor Frank must feel like a tool about 90% of the time
9. The uselessness of Jason and Percy is perf by the way.

The Son of Neptune (Heroes of Olympus, #2) 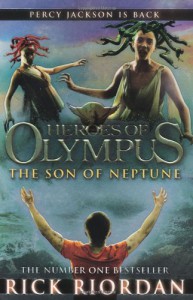 4,5 stars, really, because the beginning was a bit slow. Might have something to do with all new characters and all new settings. Just going to sum this up real quickly.

1. PERCY
2. NICO
3. Managed to start with the same premise as the previous book without it getting repetitive.
4. A bit slow to read Hazel and Frank in the beginning, but it evened out towards the second quarter of the book.
5. Percy in third person? Def. weird.
6. I WAS SO EXCITED TOWARDS THE END I WAS LITERALLY SQUEALING my cats ran away
7. Sixty pages left and I was like WHAAT HOW WHAT
Tweet 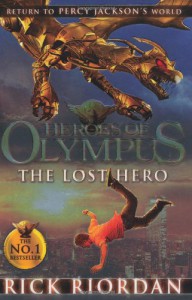 I'm just going to sum this up real quick, because I'll be reviewing this on my blog at some point in the future hopefully, most likely

1. It's a bit weird to read a Rick Riordan book without first person narrative, but I liked how he switched the narrative every couple of chapters. It kept the story interesting, and he ended every narrative on a sort-of-cliffhanger.
2. Jason and Piper are 5/5 characters, Leo is 4.5/5 (he needs to work on his insecurities.)
3. Missed a few of the old characters Percy...NICO
4. Drew pissed me off 100%, and I found her to be a very archetypical character that I easily could have gone without. She didn't really have a huge plot-point, she was just there to annoy. At least Clarisse as the enemy effed some shit up. Hopefully Drew plays a bigger role in the future.
5. At first I was like. What's up with all these kids being like special-snowflake versions of their demigod sisters/brothers, but then I was like. ah. Now I get it. Strenght.
6. PERCY AND ANNABETH BETTER BE TWO OF THE OTHER SEVEN!!!!!
Tweet 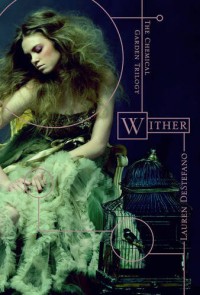 Review over at my blog booksnotlovers

I'm going to go ahead and recommend it to pre-teens /teens looking for a quick read with a bit of futuristic aspect and a lot of silly love triangles and metaphors.
Tweet

The Adventures and Memoirs of Sherlock Holmes 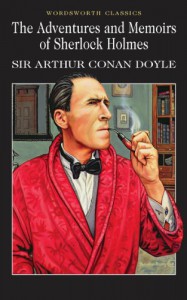 Giving this one four stars because of two major points: one, it is at some points in the story horribly slow, and two, there are some stories I simply did not like. I'm not going to talk too much about those though.

There are two stories in particular which I absolutely loved, and one that I liked a great deal. This sounds so formal.

A Scandal in Bohemia
This might be because I started reading this book right after I watched the show, and still had the distinct image of the actors in mind when I read this, but I absolutely loved this. It had intrigue, it had action and it was very mysterious. I love how I had no idea how Bohemia used to actually be a country until I read this, and how the story resolved itself.

The Silver Blaze
This story has got to be my favourite Sherlock Holmes story so far. It was fast paced, funny, and contains one of the most well-known quotes of the whole canon:

The Final Problem
At this point Conan Doyle was tired of writing Sherlock Holmes so he kills him off. Sorry for not spoiler-proofing this, but the book is a hundred years old. I thought this particular story should be a lot more fleshed out, at the length of [b:A Study in Scarlet|102868|A Study in Scarlet (Sherlock Holmes, #1)|Arthur Conan Doyle|https://d.gr-assets.com/books/1348362236s/102868.jpg|1997473] for example (which is incredibly long, with a lot of shortcomings). The whole 20-something pages felt a bit rushed, but were certainly exciting.

Love Letters to the Dead I absolutely loved this book. It was all kinds of amazing, and I would have liked it to be twice as long, just so I could enjoy it for a while longer. Full review will be up on my blog/vlog channel later. http://booksnotlovers.tumblr.com / http://youtube.com/booksnotlovers. I highly recommend this for everyone.
Tweet 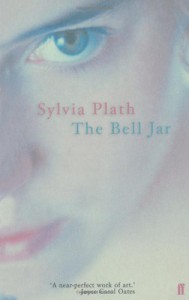 Review might go up on my blog later, but right now I'm not going to write too much about it. I found it a perfectly likeable novel, but I think I would've enjoyed Plath's poetry more.
Tweet 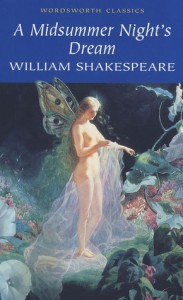 "And though she be but little, she is fierce." - Helena. A Midsummer Night's Dream. Act 3, scene 2

I didn't give this two stars because it was bad per se, but because it was sort of boring. I think this is a play I would much have preferred to watch live on stage instead of hassling through a book. Ugh. I would love to see some sort of YA-retelling of the play though, that would probably be awesome if executed well of course
Tweet 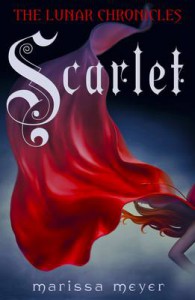 Just a few reactions! The whole review will be published on my blog: booksnotlovers


- Wolf and Scarlet is my new ship
- Pleassseee let Throne be the "Flynn Ryder" to Cress. I don't remember what the prince is called in the fairytale. Y'all know what I mean.
- Cinderrrr
- Kai is so stupid. OMG
- Also, I didn't believe Wolf was bad for a second.
- Well, yes.
- BUT HEAR ME OUT.
- He's really a puppy. A labrador puppy.
- HE'S SO PRECIOUS.
OKAYBYEE
Tweet So I finished this roller coaster of a series, and the only thought I have in my mind is WHERE ARE MY ANSWERS???


- I still hate Teresa. Sorry. I know she's probably the nice one and everything. But I don't like her. Noope.
- Should probably have cared more that Newt died.
- Minho <3<br/>- Thomas didn't do quite so much stupid in this novel

Why are their qualities decreasing for each book? Book 1 was a solid five stars, and this I'm giving three.

Full review on my blog in a few days.
Tweet This series is so bloody amazing. Full review will be on my blog in a day or two.
Putting initial reactions under the cut.

- Don't like Aris. At all.
- Didn't trust Brenda. Looks like I was right.
- Actually, I don't trust anyone except Thomas, Newt and Minho
- I don't think Teresa is sorry
- I keep picturing Kate Moreau from White Collar as Teresa
- Maybe that's why I don't trust her
- How can Wicked be good?